How Can Google Ads Help You Advance Your Business 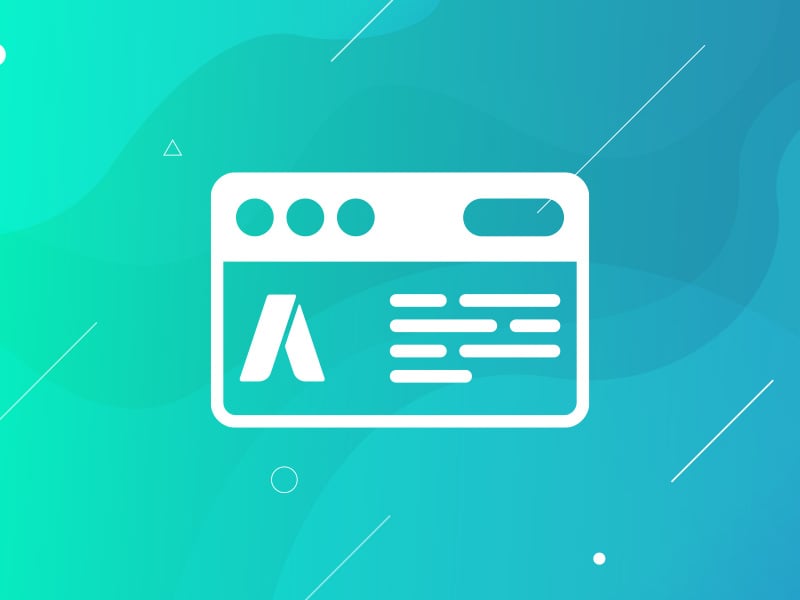 Whether you're a successful and experienced business owner looking to expand upon your already booming business or an entrepreneur just getting started in the marketing scene, Google ads can be one of the most important and effective tools available in the world today when it comes to expanding your reach. Not only can it help you get new leads and sales, but it's also incredibly helpful when it comes to building brand awareness and getting the word out about your business. There are a lot of ways that Google Ads can help you advance your business, and I'm going to chat about all the ways we use it for ourselves and our clients.

What is Google Ads?

Wikipedia says, “Google Ads is an online advertising platform developed by Google, where advertisers bid to display brief advertisements, service offerings, product listings, or videos to web users. It can place ads both in the results of search engines like Google Search and on non-search websites, mobile apps, and videos.”

In short, Google Ads is Google's form of billboard ads. Each placement is auction style so you are bidding money to be placed in a higher position on the search results pages.

It's the perfect system - people are searching for things and you can put yourself at the very top of that list of results. It's a no-brainer for companies that are willing to pay for that placement and can capitalize on it.

This is how Google Ads can help you advance your business

First and foremost, let me ask you this:

Of all the people you know in your life between the ages of 13 to 55, can you even name three people that don't own either a cell phone or not have access to the internet in one way or another?

I'm guessing for most people the answer is no. Or at least in my case it is. Nearly everyone we know or even associate with on a daily basis spends some of their time glued to a screen at some point, with most of those people just endlessly scrolling through dull and boring filler content fed into their news feed every day.

For most people, something eventually does catch their attention and pull them out of the raging rivers of digital age boredom. Whether that something just so happens to be a new car advertisement or an unusual Mike Tyson meme too clever to pass up (I'm looking at you, “Beeth Mode”), something finally pulls them away. Now, just imagine that instead of a meme, potential customers are drawn away by your advertisement instead. Situations like this are just one of the many ways that Google ads can advance your business to a whole new level.

When it comes to generating new leads for your business, so you can achieve more sales down the road, for some people it's as simple as a few clicks and the revenue stream builds, at least a little. But for most, creating a stellar lead generation campaign can take some work. Step one in the process usually consists of creating a relevant landing page to collect all the contact information for any new customers interested in your business, and from there, you can branch out into email marketing campaigns and so much more, all thanks to a well placed ad. What's even better is the fact that these ads are typically the easiest to drive a positive ROI, or Return on Investment, typically generating an average of $2 in revenue for every dollar spent. Numbers like that are nearly impossible to beat in a market as competitive as the one we're in today.

Here's a question for you. Have you ever asked yourself “just how many people even know my business exists?”

If not, then maybe the term “awareness” would be one worth taking a closer look at. For word to get out about you or your company, you actually have to put yourself out there. Hiding behind four walls or an “I'm shy” mentality will do nothing but hurt you in the long run. In order to build some awareness and tell everyone just who you are and where to find you, you've got some options. You could hand out flyers. Maybe post a Craigslist ad or two. But I doubt you'll be too happy with the results. Yes, there are a ton of people using Craigslist on a daily basis, don't get me wrong. But those numbers pale in comparison to how many people use a search engine each day, or how many times those same people go back and use it again. One well placed ad can make a world of difference to just about any business, old or new.

And what if you're a more seasoned entrepreneur and you already have other forms of marketing irons in the fire? Should you still use Google Ads? Of course!

While you wait on the results of other marketing efforts, Google Ads and its tools can help you learn more about your customers and just what they're looking for so you can find new prospects even faster than before, which in turn will help you generate even more sales in the long run.

Let's take the example of SEO. This is actually a common scenario because SEO efforts can take a while to produce anything. If you're waiting for the results of SEO, you can jump start sales and traffic by running Google Ads campaigns. And, when your SEO starts working, you can choose whether or not to continue to run it. You may even decide to keep it because you have it working so well at this point.

Another google reason to use Google Ads is for idea validation. If you want to try to break into a new market or start a new company, it's generally suggested that you do some market testing first to prove your idea.

A good way to do this is to set up a simple landing page and run some ads to it. If you actually get people signing up and spending money, then you know it's validated and should keep going with that idea. If no one converts, well then you know you either need to fix up your campaigns or the original idea might not be worth going after.

When it comes to the digital world, we definitely have some very heavy hitters dominating the market. We've got the enormous digital monstrosity known as Meta, the money printing machine known as Cashapp, and the King of all things internet: Google. To get to where they are now wasn't thanks to a string of good luck, it was thanks to results. They figured out the advertising formula ages ago and have continued to work at it daily ever since, making their ad campaign one of the most fierce and overall most effective on today's online market, without ever making it too difficult for even a newcomer to learn and utilize as a tool to expand upon the business they've worked so hard to build. Whether your goal is to get people talking about you, to get new paying customers, or to just be seen by as many people as possible, this is it. 43,000 searches are done every second of the day, with some sources speculating that the number is actually 60,000 or more. Maybe it's time to make sure that in at least one of those millions of searches each day, your business just so happens to be one of them.