Does social media have you confused and overwhelmed? 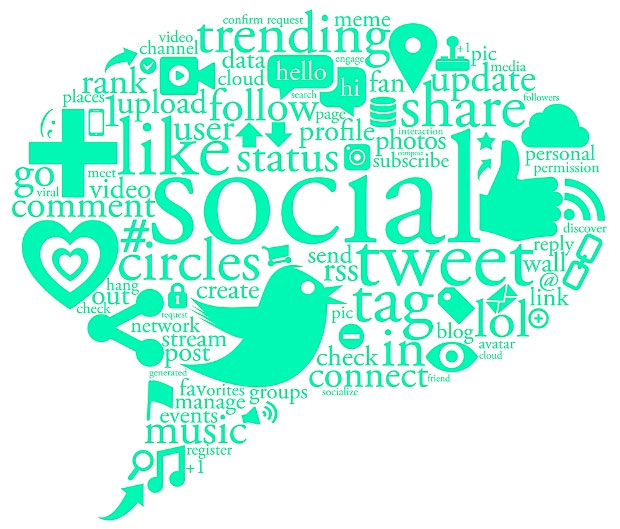 Does social media have you confused and overwhelmed ? Let’s check out some of the best social media sites for small businesses.

When planning your online marketing strategy, your site comes first!

Think of social media as a base that you will connect to and from any number of external points. So it’s simply a vehicle to get your message out and get traffic back to what you have control over, your site. Still, social media is an important component to any marketing plan.

Here’s the list. Check it out and see which ones will most benefit your operation and go from there.:

Created February 2004, Facebook has come a very long way in a short amount of years. Now with nearly 1 billion active users, it is the most used social networking service in the world. The best part for you, starting a business page – and tapping into the power of Facebook – is very easy! Once your business page is created, users ‘like’ it and your updates will be posted to their facebook ‘wall.’

A micro-blogging social media service, Twitter has about an estimated 500 million users around the globe. It has been described as text messaging of the internet, because message are short, and to-the-point. Twitter is a tidal wave of info and data. Posts are 140 characters or less and can be organized via hashtags (#). Twitter is differtent from Facebook in that users ‘follow’ each other. If someone on twitter follows you, you can follow them back. Therefore, it is much easier to gain a following, but the followers are not as strategically targeted as they are on Facebook.

Twitter is an awesome tool to connect with people and/or other businesses deailing in the same event. Such as following a hashtag at a concert, live show or webinar creates a richer experience. As a business owner you can use this at events your company participates in – try it!

YouTube is a video sharing social media site. There are more than 48+ hours of new videos uploaded to the site every single minute! As a small business owner, using vids in your online marketing plan – and the back-end key words of your YouTube video –  is just as very important as your other online strategies.

Google is a power house! Originally launched as a search engine company in 1996, Google has continually updated and created new products that will appeal to it’s 1 billion unique visitors per month. Yep, that’s a lot! Google Plus was introduced in June 2011 for personal use and in November 2011 was opened to brands. Some of the features of Google+ include: Circles, Hangouts, Messenger, Instant Upload, and more. All designed with the user in mind.Though this is Google’s fourth go at a social media site, you cannot deny the importance of adding your brand to there, if for only search engine rankings.

Launched in 2003, LinkedIn is a B2B social networking site. It gets 3 new users every second, putting it at 135 million active users in 200+ countries. Traditionally viewed as a place to put your resume and search for a job, LinkedIn has grown into a powerful networking site. From job listings to interest groups (there are more than 900K groups) there are a variety of great benefits to keeping your profile up-to-date. I recommend dedicating an hour a week maintaining your profile and be sure add your company listing, and update it as well. Think of your company profile page like a resume for your business.

Tune in next week for more social media solutions to check out.