Introduction To CSS Grid - It's Better Than Flexbox

CSS grid was something I used to shy away from because it wasn’t supported yet by all browsers. I was impressed by how powerful it was and how easy it made making grid-type layouts. But, good old Internet Explorer still had a large market share so we weren’t able to use it widely.

These days, we use it everywhere! It’s so easy and doesn’t require a lot of code to do it. The syntax is mostly familiar with a few new things in there to spice it up.

We still use flexbox often but that is sometimes limited. I personally only use flex because I’m so used to it at this point but am transitioning to using CSS grid as much as possible because it can control so much more than flex. When used in combination, you can really get complicated layouts that used to be so confusing to build - and now it’s just a few lines.

Your grid has to live inside somewhere and we call that the container. Your container just needs the CSS property “display: grid” for it to function as a grid and have its child elements become grid items. Like flexbox, most of the properties go on the parent/container element and impacts how the children are displayed.

Sometimes I forget what is a column and what is a row - I remember by thinking of Roman architectural columns that go up and down. And, therefore, a row goes left and right.

You can set columns with grid by using “grid-template-columns” to define the width of the columns. There are a bunch of different options on how you can do that so check the examples below.

This would make 4 equal columns that are 50 pixels wide. It would look something like this:

You don’t have to use the same width for each column - it can be any width and as many columns as you want.

If you add more than 4 child elements, CSS grid is smart and knows to automatically start a new row with 4 more columns. 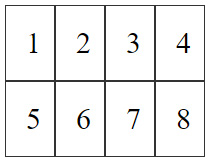 This is the HTML I’m using:

As you can see, you don’t have to do anything fancy. In just 2 lines of CSS, I’ve created a grid layout that works perfectly.

In the above example, all the columns are touching each other. You could use margin or other methods to stop that, or you could use the built-in grid-gap property that takes care of it. 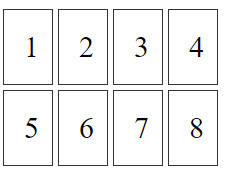 Pretty simple and makes sure it all fits and functions correctly for the sizes of everything.

So, I’ve shown you how to make static width columns using an exact pixel amount width, but what if you want it to be fluid and take up a percentage of the area of the container? Well, you could use percent (%), which works. Or, you can use the “fr” unit, which stands for fraction.

If you want columns to be wider than the others, you would use a number larger than 1.

Also, you don’t have to use the same units for each columns. You can mix in px and fr - try it!